Will Congress Slow TikTok’s Momentum as an Emerging Marketing Power?

Members of the U.S. Congress continue to discuss a potential ban of the TikTok app in the United States, and now their parent company, ByteDance, is in urgent discussions with US lawmakers and officials to try to win their trust.

Meanwhile, the University of Texas recently became the latest major college to block TikTok from its IT network, effectively curtailing its use among students and faculty.

What’s all the fuss about, what is TikTok doing to quell those fears, and how closely should marketers be paying attention?

Numerous politicians have been claiming that the TikTok app has been and can be used by the Chinese government to spy on U.S. citizens, use their data, and control the content they’re viewing. U.S. officials are threatening a potential ban of the app to protect user privacy, and TikTok has already been banned from government-issued devices.

How is TikTok responding?

ByteDance has proposed a $1.5 billion plan consisting of “measures to ensure oversight” to convince U.S. officials that TikTok can operate independently from its Chinese-based parent. The measures would include TikTok developing a new system that would change how TikTok’s algorithm recommends content and handles user data transparently. ByteDance claims “significant progress” has already been made.

When and why should marketers give this their attention?

If ByteDance’s deal is enough to ease tensions with the US government and gain trust from lawmakers (although it’s likely just a starting point for further discussions), business will continue as normal for TikTok users and marketers.

If ByteDance can’t win over legislators at the state and federal level, it could be forced to sell some of its operations to U.S. companies or leave the U.S. market altogether – a worst-case scenario that would remove a powerful marketing lever from advertisers and their employers.

Even if the current deal does the trick, it’s a sign that TikTok has already started making some major changes to their algorithm. It’s definitely worth staying in the loop with changes and monitoring any impacts or drastic changes in performance.

As much as iOS14, this scenario is a great reminder that marketers need a robust channel mix that keeps them from over-indexing on any one channel. While lots of marketers have seen great success on the platform, this situation should be a reminder to take those learnings and test something new like YouTube Shorts, which mimics TikTok with shorter-form, full-screen vertical videos and boasts Google’s audience targeting capabilities and reach. 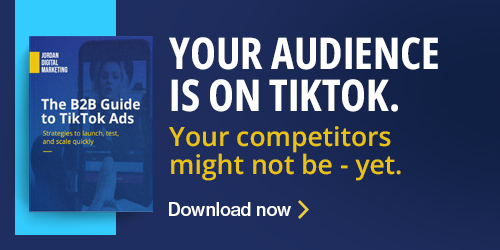 Virtually every digital marketer knows about the meteoric rise in TikTok engagement over the past...

Even if you’re someone who didn’t like to shop before the pandemic, you must admit that nothing...

We say in digital marketing that the landscape changes quickly, and BeReal is the latest example....