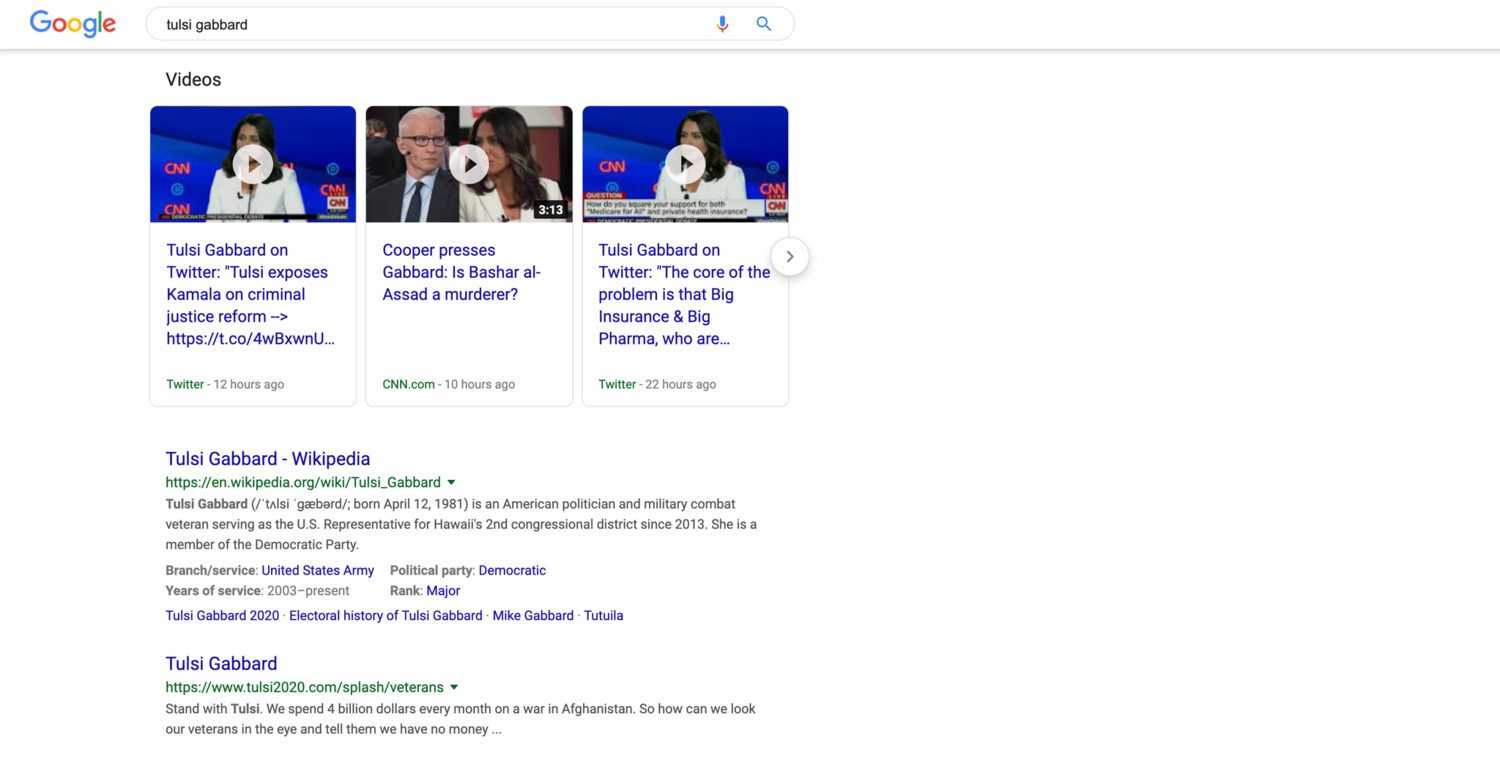 Google also released swipe to visit feature on Google image search, which takes mobile visitors directly to AMP pages from image search. Another reason to use AMP and high quality images. As part of this release, Search Console will feature a new “AMP on Image result” report to track all the new traffic. So, if you already have AMP pages with solid images, expect some new visits from Google image results.

Google told us the Google My Business short name bug was fixed, but apparently there are still problems, with errant suspensions from the bug still causing problems.

Tulsi Gabbard sued Google for $50 million after her Google Ads account was suspended for a few hours. It’s an interesting story, but what’s even more interesting (to me) is the New York Times basically saying she needs an SEO consultant:

“Without the ads, the Tulsi 2020 website, which has links for donations and information about the goals of her candidacy, appears in the first page of search results for “Tulsi Gabbard.” But it is below stories and videos about her — selected by a Google algorithm — and after her Wikipedia page, her Twitter profile and her congressional website.”

I wonder who could help with that?