Google Ads evolved, The Alpha-Beta Process has to evolve too

Over the past year, Google Ads has changed more than it had over the past 10 years.  Expanded text ads launched with a third headline, and a second description line. Smart bidding has not only become a legitimate option, but has clearly become the heir apparent to CPC.  Dynamic search ads have really turned a corner and become usable. The watering down of the match types with close variants has ruining everything.

Since everything is evolving we need to learn to evolve with it or be left behind.

Up until that point most people were ignoring search term funneling between match types or doing it in an extremely manual process at the ad group level within the same campaigns.  Needless to say, the simplicity and usefulness of shared negative lists with the alpha-beta process was dramatically more effective than having to maintain granular negative lists to funnel terms where you wanted them to go. 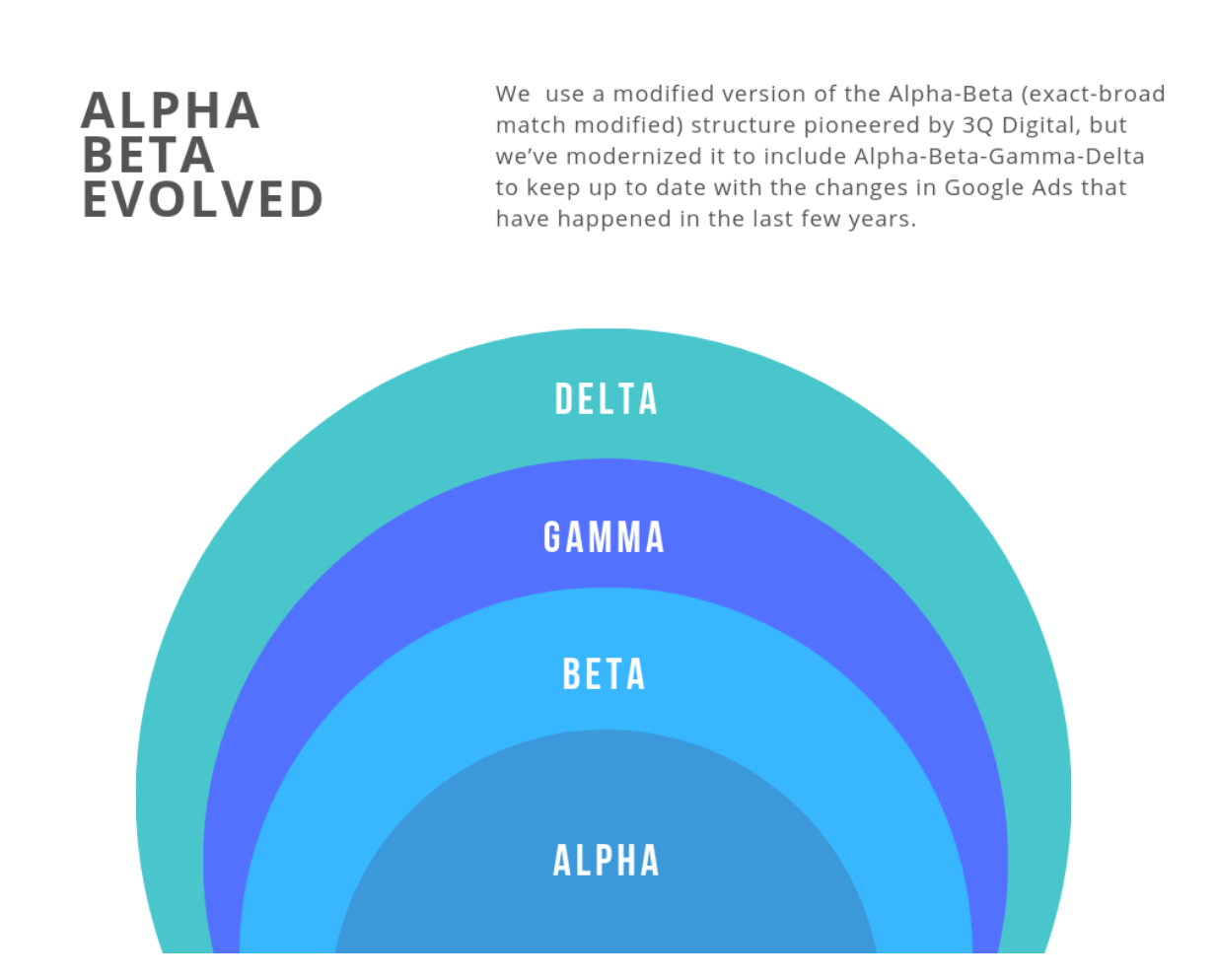 We talked a bit about what we learned making our first remote hire, but one thing we didn’t talk...

Today we’re going to tackle one of the fundamental tasks in running AdWords accounts: building...

The Alpha Beta process has been a best practice for the last decade or more. In the years since,...