Hello Click-Through-Readers! By now we are all expert-level online shoppers thanks to the pandemic, but we dive deeper this week into other emerging consumer trends from 2020 that means big opportunities for online brands. We also will look at long vs short Snapchat ads and see which ones had the best performance. Finally, we will cover product updates to Twitter, Google Search, and Spotify. It’s a big week of news - let’s get into it!

Changes in Consumer Behavior in a Digital Commerce World

Online retailers saw a major shift in consumer behavior due to the pandemic. Research from Publicis Sapient reported almost three-quarters of consumers purchasing online more frequently in Summer 2020. The report also shows that this is a trend likely to persist with 48% of those interviewed saying they would continue to shop online in the future.

One of the most important things, in my opinion, that the research showed was 74% of those interviewed saying they purchased from retailers new to them. This is big news for online retail brands looking to acquire new customers.

With all of that shift in consumer behavior, Shopify launched a number of initiatives in 2020 to promote digital transformation for merchants, and is boasting big earnings in their financial results. In Q2 2020, Shopify announced its free trial period being extended from 14 to 90 days. Other updates included new gift card capabilities in all its plans, as well as introducing buy-online-pickup-curbside and local delivery. Sales on the Shopify platform surpassed $5 billion during the 2020 holiday period. Full year revenue for 2020 showed an 86% YoY increase. 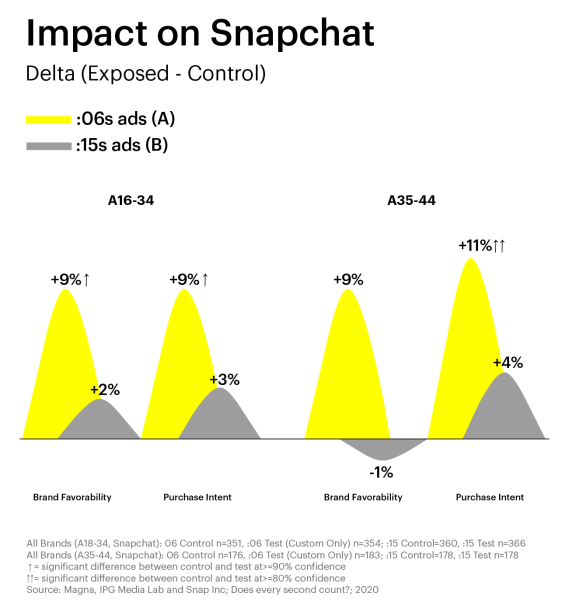 Snapchat did a deepdive with MAGNA and IPG Media Labs to research the differences between the 6-second video ads versus the traditional  15-second video ads. Research indicates that on Snapchat that the shorter ads performed better for both younger and older audiences. When the shorter video was shown on Snapchat, the majority of the users considered the ads creative and represented the brand well. The research also indicated that 15-second ads still work well as they can increase awareness for new product launches.

Late last month, Twitter removed its Ads Transparency Center. In June 2018, Twitter launched the Ads Transparency Center, designed to provide transparency around ads, specifically political, running on Twitter. Users could navigate to the ATC, search for a specific handle, and see any ads that were running in the last 7 days. Although intended for political transparency, the tool provided insight into all advertisers running ads on Twitter, and was used as a research tool. Given Twitter’s decision in 2019 to ban all political ads, the ATC is no longer necessary to provide its original and intended purpose.

Using machine learning Google can find the right combination of headlines and ads to serve to the right person at the right time. As the world changes and so do consumer behaviors, utilizing responsive ads can help your business adapt in real time.

Some best practices, advised by Google:

Spotify announced it’s launching a new audio advertising marketplace - the Spotify Audience Network. Its Audience Network will allow advertisers to reach listeners across ad-supported music, Spotify’s own original and exclusive licensed podcasts and podcasts hosted on Spotify-owned Megaphone and Anchor. all in one place.

The audience network “will give advertisers the ability to reach and target audiences at scale both on and off Spotify,” said Dawn Ostroff, Spotify’s chief content and advertising business officer.

Spotify also announced that it’s expanding Spotify Ad Studio, its self-serve ad platform for audio and video ads, to also include podcasts. As with its other monetization tools, Spotify will start with original and exclusive podcasts and add third-party podcast content down the line.

Beta testing for podcast ad buying through Spotify Ad Studio is now live in the US.

Hello Click-Through-Readers! We want to get you though this week with some news and beautiful Fall...