Advertisers looking for more options to gain awareness and engagement on Apple’s App Store are about to get their wish, according to a recent report from Bloomberg. In this post, we’ll look at what’s coming in the short term, how advertisers should prepare to act, and what these releases might signify for the longer term.

Currently, there are only ad placements on a few first-party apps: News, Stocks, and the App Store. These ad placements consist of search and display ad types in the App store app and display banner types of ads in the News and Stock apps. There are also limited advertising capabilities in Apple TV+.

The Bloomberg report revealed likely ad expansion to other first-party apps like Maps, Books, and Podcasts, as well as enhanced ad functionalities for the App Store. For Maps, Books, and Podcasts, which are pre-installed apps with an accordingly huge base of users, Apple plans to introduce in-app search ad capabilities. For the App Store, Apple plans to show additional ads on the main “Today” tab and also at the bottom section of the product downloads page. 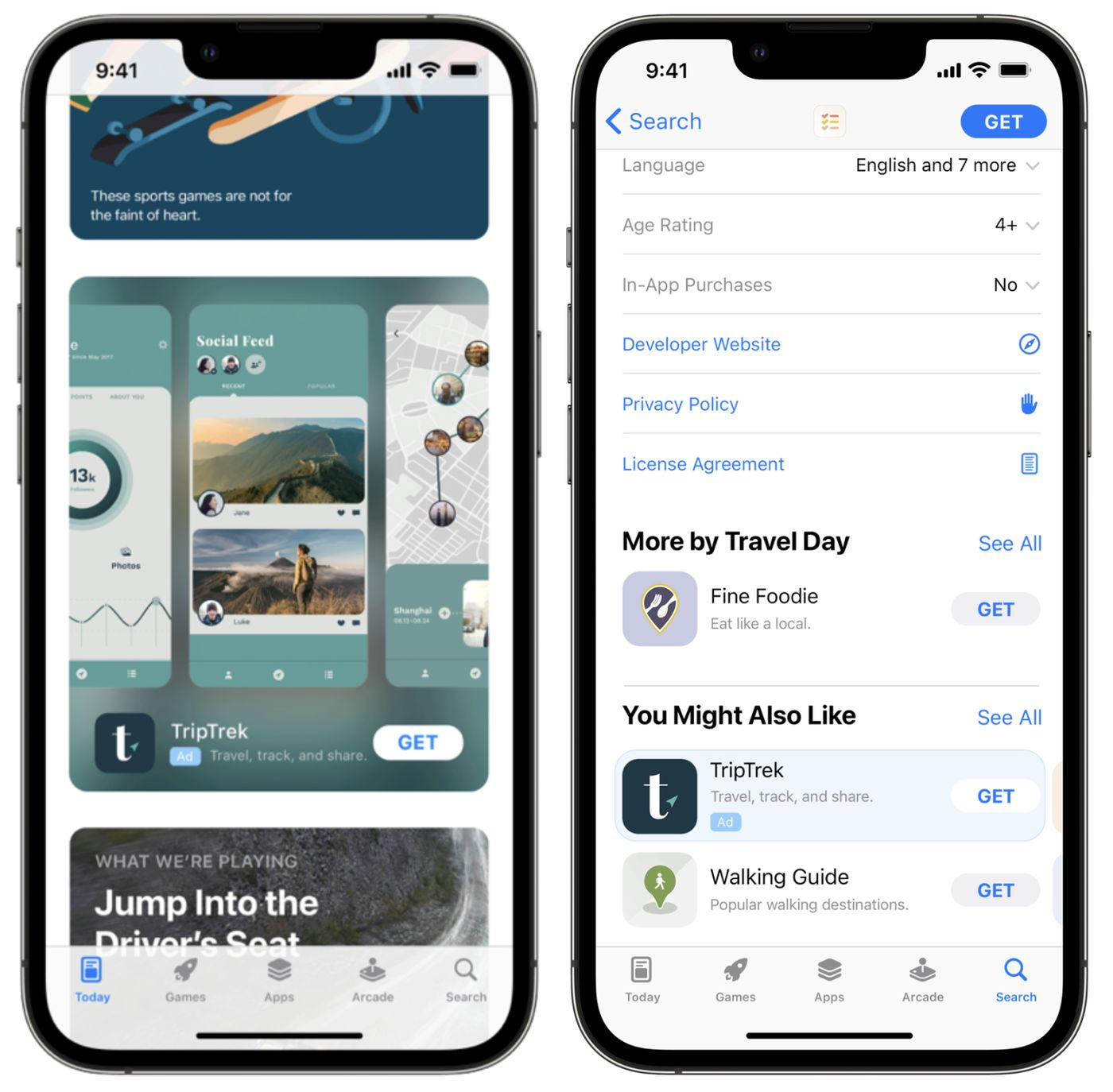 The most significant option of these is the Today ad expansion; that ad slot will be a game-changer within app advertising because it is located in the second slot of the “Today” page, which is the first thing users usually see when they open up the App Store.

How Advertisers Should Plan to Act

B2C advertisers should begin to sketch out creative and messaging and keyword strategies for placements in Books, Podcasts, and Maps and should make budgeting plans to test the viability of the placements.

Maps has tons of potential for local businesses; for instance, a pizza restaurant could bid on the keyword “pizza,” and when a user searches for “pizza restaurant near me” in Maps, an ad with the restaurant’s name could appear first on the results list.

The same goes for Books and Podcasts. Publishers can now bid on relevant keywords and have their work show up first before other organic results (similar to how Search Ads function on Google).

What’s the Significance for Marketers Already Spending on Apple Ads?

With ads expanding to more first-party apps, there will be more opportunities for outside users to come in, which could potentially result in higher competition for the marketers that are already spending on Apple Ads. That said, more placement options could mitigate that, with more advertisers bidding to take advantage of a broader swath of options, some of which may offer improved relevance to their brands.

How Will This Affect Other Channels?

Meta, Snapchat, Twitter and smaller developers have absorbed major revenue hits from Apple’s iOS14 update, which allowed users to opt out of third-party app tracking and severely curtailed the data those apps could collect. These same companies, along with Google, could be vulnerable to ripple effects from the upcoming ad expansion, which is focused on first-party apps and should allow Apple to offer advertisers a more robust data portfolio of user engagement.

The releases will also allow Apple to compete in new spaces; for example, advertisers currently spending on Google Maps will now have the option to split budget between Google Maps and Apple Maps and move spend around according to performance.

Apple has stated that it is currently generating $4 billion in revenue annually and plans to increase that to double-digit billions. Between Apple TV+ and the creative potential of the big screen, more first-party app real estate to tap into, and more App Store functionality to discover, Apple has plenty of options to develop to gobble up advertising budgets in the months and years to come.

Looking for help with your Apple Ad campaign? Contact the experts at Jordan Digital Marketing today to find out how we can be of assistance!

Snapchat is a great platform to drive low cost installs for your app. With a seamless swipe up,...

Even if you’re someone who didn’t like to shop before the pandemic, you must admit that nothing...