Hello Click Through Readers! Is anyone else still living off of Super Bowl snacks they made? I think I cooked for 12 people when really it was just my husband and I watching it at home. As tasty as buffalo chicken dip is, my body is begging for some greens.

The non-sports world had some pretty major events over the last few weeks, and we cover them in this edition of CTR. We will discuss new Microsoft automation (and a possible elimination of manual CPC bidding!), Youtube achieving MRC accreditation and what that means for advertiser brand-safety, new Facebook prompts for users in response to the iOS 14 rollout, Google’s updates from iOS 14 updates, and finally Google’s announcement of sunsetting Broad Match Modified as a match type.

Microsoft Takes Another Step Towards Automation, Rolling Out a Plan to Eliminate Manual Cost-Per-Click Bidding

Starting in March 2021 Bing will be phasing out manual CPC bidding, a step Google has yet to take. By April 5, 2021 new campaigns created will no longer have the option to launch on manual CPC. Using an eCPC Strategy gives the system room to optimize your bid at auction time, to maximize your goals (clicks or conversions). Microsoft included some impressive stats with the announcement, boasting the increased performance of automation, and specifically Enhanced CPC bidding.

For advertisers, this rating signifies that YouTube has proven to effectively protect ads from showing on content deemed inappropriate for paid ads. Only adding to the quality of the inventory and platform services available. YouTube says they are committed to remaining at least 99% effective at making sure all placements for ads remain brand-safe. For advertisers in 2021, that’s an important commitment.

Facebook is testing their own version of a prompt that would appear before Apple’s prompt asking users to opt in or out of tracking (ATT). Facebook’s new prompt would appear within its apps and better explain why it tracks user data, and how it's used to improve each person's experience in order to try to convince users to opt in to allow tracking as normal going forward. 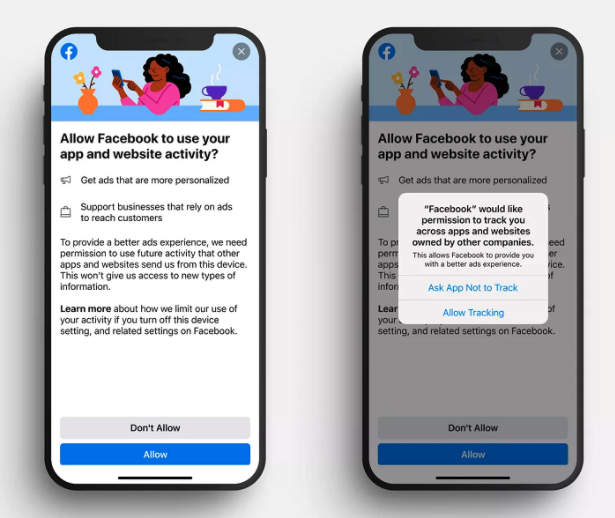 If you’re a digital advertiser, you’ve likely heard about the new Apple Tracking Transparency prompt (ATT) that is coming in the new iOS 14 updates. Google has recently rolled out their recommendations to help app developers prepare for ATT.

Here are their following recommendations:

To give advertisers more control and better reach, Google is bringing the best of Broad Match Modifier into Phrase Match. Phrase Match will expand to cover more broad match modifier traffic while continuing to respect word order when it’s important to the meaning. The intent is to make it easier to manage the keywords in your account.

These improvements will make it easier to reach the customers you want by just using Phrase Match. Here are some examples of how matching behavior will change: 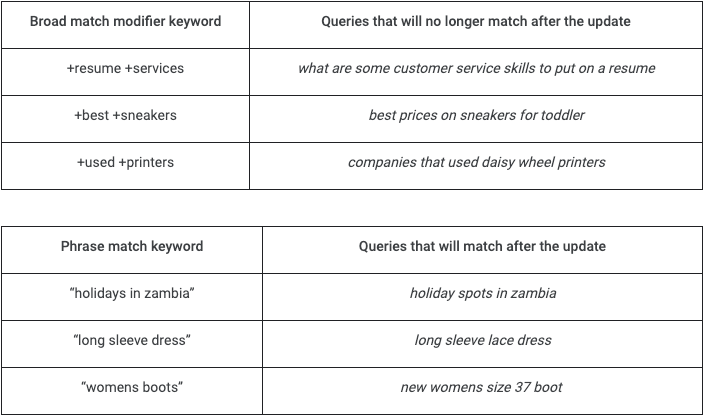 Additionally, Broad Match can now be relied upon to deliver more relevant searches. Additional signals are being considered with broad match, including landing pages and keywords in your ad group. Keyword matching is now more predictable. For example an Exact Match keyword identical to the query is always preferred as long as it is eligible.

There are two purposes of an ad:

What to Know About Google’s Performance Max Campaigns

What is Performance Max?

In their effort to implement more effective automation, Google has...

Well Click Through Readers, just when we think Google can’t get any better… it does.