Hello Click-Through-Readers! Google has extended their self-imposed deadline to phase out cookies by two years. I would like to give myself a nice two year deadline extension on several things currently, but I am not Google *sad*. Something else cool this week — Facebook expanded their augmented reality ads to now be on Dynamic Ads. These AR unites are super interesting to interact with if you get hit with one in the wild, and this expansion to other ad formats shows that they are probably working for marketers as well! Some fun product updates: Facebook launched Reels Ads in an effort to compete with TikTok and Google released a new simplified YouTube ad creation flow for SMB’s as part of their International Small Business Week. We dig into all those details in the news below! Let’s get into it.

This week, Google announced that they were extending their self imposed deadline to phase out cookies until late 2023, a 2 year extension from their original timeline. Google is now saying they will phase out third-party cookies in Chrome over a three-month period ending in late 2023. Google also announced they will end their current FLoC testing in July.

In 2019, Facebook released AR Try On to select merchants, allowing customers to see how products would look on them or in their space. 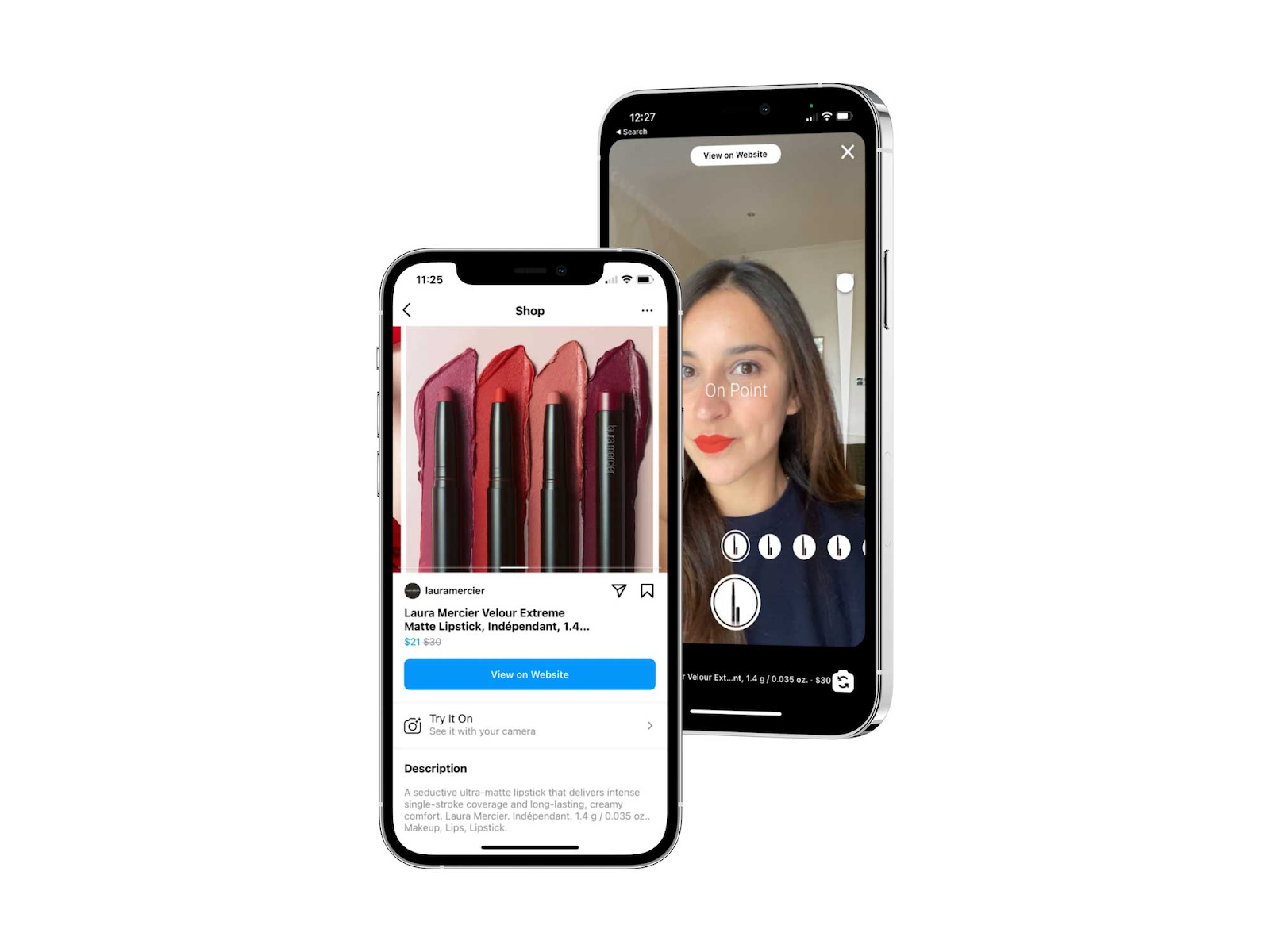 Over the last 2 years, Facebook has worked with two of the leading artificial intelligence (AI) and augmented reality (AR) beauty tech solutions providers to create APIs that will allow businesses to import AR Try On-ready 3D objects. This will save businesses' time and allow them to streamline the AR publishing process.

Previously, the AR ads were available to advertisers with the mobile Facebook News Feed placement. After seeing strong results from ecommerce, Facebook will begin rolling out AR options to their other advertising products, like Dynamic Ads.

Merchants will be able to upload and use an AR product catalog with Dynamic Ads. Facebook is currently testing and plans to roll out to more brands by the end of the year.

Facebook/Instagram continue to expand their ad inventory with the addition of Reels to their placement options. They began testing the new placement in select countries and after seeing initial success, they opened it up to the rest of the world. Reels is the latest and popular video content element of the app (aimed at competing with TikTok) where users can create and discover new content from users and brands they don’t already follow. Reels ads will be displayed in full-screen format (similar to stories) and will be shown in between organic reels as users scroll through. Like the organic reels content, ads will loop continuously until users scroll past and can be up to 30 seconds in length. People can also like, comment, share, and save Reels ads. As from Instagram: “These ads will help businesses reach greater audiences, allowing people to discover inspiring new content from brands and creators." This placement will most likely rely heavily on high quality, engaging content in order to get users to swipe up instead of scroll past.

On June 24, Google announced an updated timeline for the Sandbox Initiative, which has been pushed back until late 2022 or early 2023.

The Sandbox Initiative aims to both protect people’s privacy online and to provide the necessary tools to keep the web open and accessible to everyone.

Chrome’s Privacy Engineering Director Vinay Goel shared that “(w)hile there’s considerable progress with this initiative, it’s become clear that more time is needed across the ecosystem to get this right.'' Thus, the initiative will begin with a public development process.

From there, once testing is complete and APIs are launched in Chrome, the rollout will begin...

This delay allows opportunity for search marketers’ concerns to be heard and more time to prepare for the major changes — including finding technology solutions that adjust when cookies are deprecated, figuring out a first-party data strategy, and pulling data from other sources.

You can find more details on the initiative and its timeline at  privacysandbox.com.

On September 1, 2021 Google plans to change the policy of delivery issues to inaccurate availability in the Google Merchant Center due to inconsistent availability between landing pages and checkout pages. Some of the reason for this change is because of products being unavailable to checkout once on the landing page, products that can’t be shipped to one’s home address, non functional buy buttons, and use of IP detection/geolocation. If your Google account has one or more products that are unavailable for purchase at checkout, then you will receive a warning and then a suspension. This policy change is for the better, improving the  customer experience.

Related Video Extensions allow you to show a list of 2-5 related videos below your video ad on the YouTube mobile app. This is an opportunity to extend the space your ad takes up and also your reach, keeping viewers engaged with your Creative and your Brand.

Google is launching a simplified way for small businesses to launch video ads on Youtube as part of International Small Business Week. This new workflow allows advertisers to launch new campaigns by loading a video, selecting an audience and setting a budget in a simple, easy-to-use platform. This feature is available on mobile and desktop internationally. Google is also launching a simplified metrics dashboard to accompany this new feature and offering a workshop designed for SMBs for their first Youtube Small Biz Day event on June 24th. 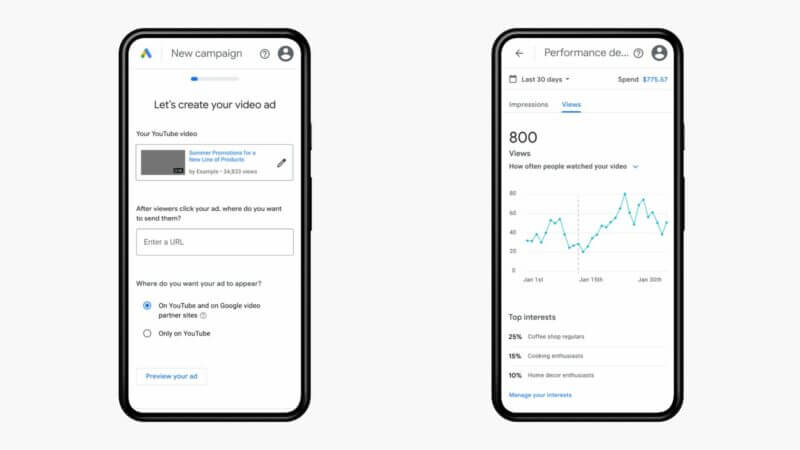 Facebook officially rolled out Live Audio Rooms to the U.S. on Monday. Live Audio Rooms will help Facebook compete in the audio space with its live audio and podcast support. As of right now, Live Audio Rooms was only released to public figures, select Facebook Groups, and several U.S. podcast partners, with plans to open up to more podcast partners in the summer. This will make Facebook one of the first native podcast streaming apps since users will still be able to interact with Facebook while listening. It will also be available to any verified public figure or creator in the U.S. who is in good standing with Facebook and using either a Facebook profile or page, and in the meantime all Facebook users in the U.S. will be able to listen to Live Audio Rooms and podcasts immediately. 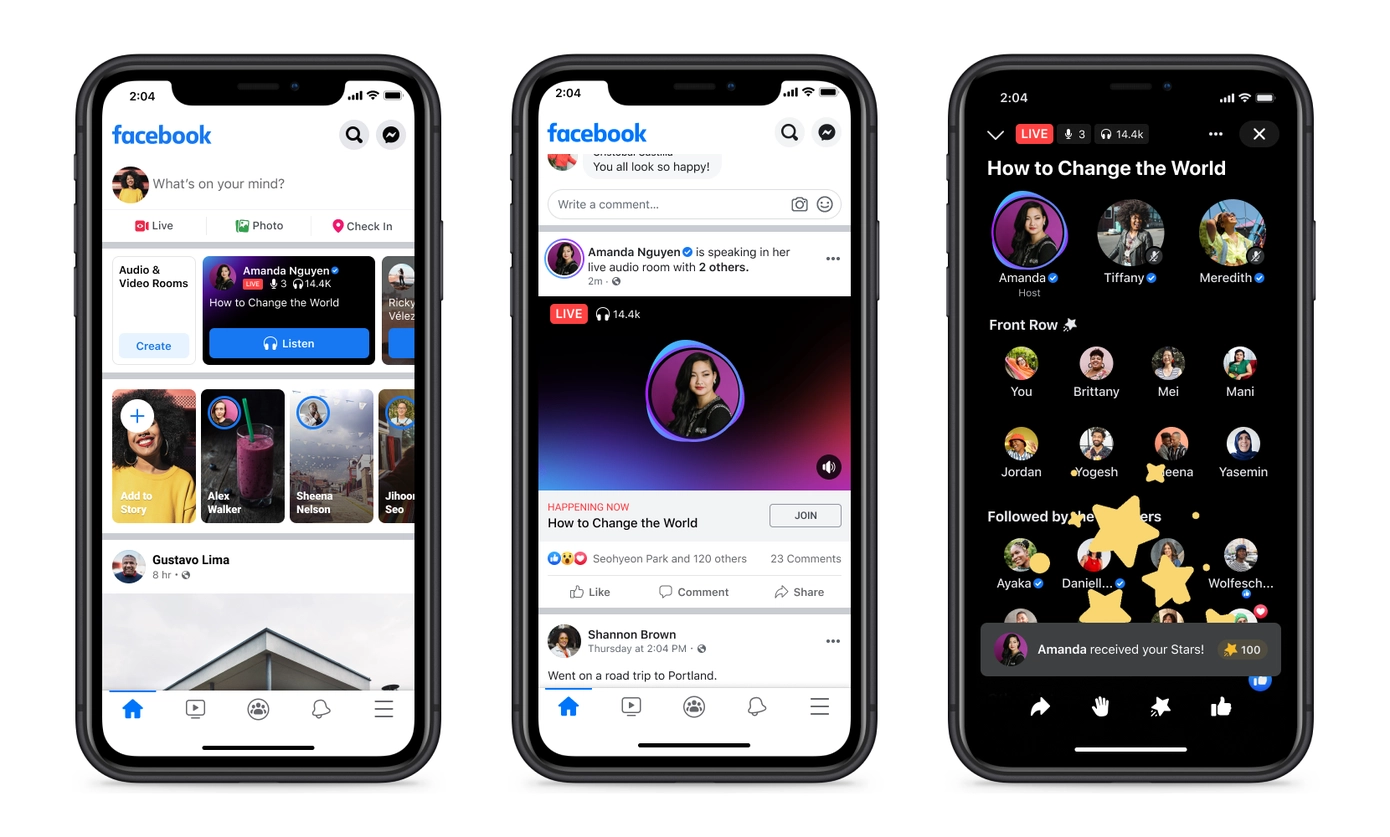 Ad Extensions, at their core, are additional text that help give more information to Google users...

Ad Extensions, at their core, are additional text that help give more information to Google users...